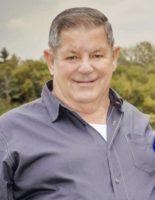 George Edward Shiltz, 76, lifelong resident of Centerville, IA, passed away peacefully at his home on Sunday, July 28, 2019 surrounded by love and his family.

George was a Vietnam Veteran with the United States Army, and served from 1966-1969. He was a Paratrooper with the 173rd Airborne division, along with many other duties.  He was honorably discharged as a Sergeant.

He also was an over the road truck driver for 52 years. Often times he would have one of his kids, grandkids or various other family members or friends riding along with him. So many memories were made and stories told during those rides that will be forever cherished by those he left behind.

George was preceded in death by his parents; brothers, Carroll, Mark, Charlie and Mardel.  Also preceding him were daughter, Kim Shiltz and granddaughter, Chasity Shiltz.

A Visitation to celebrate the life of George Shiltz will be held Monday, August 5, 2019 at Lange Funeral Home and Crematory in Centerville, with the family greeting friends from 5:00PM-7:00PM. Military Rites will take place at Lange Funeral Home and Crematory in Centerville at 5:00PM.  In lieu of flowers, a memorial will be established in the name of Marilyn Shiltz to go towards a memorial bench to be placed at the Welcome Home Soldier Monument in Albia, Iowa.  Condolences may be shared online at www.langefh.com.